Even for a confirmed dog lover, there’s no denying it’s a disgusting thing and one that’s all too common. Indeed, many a new dog owner has found themselves asking why their dog does it after watching their beloved puppy indulging in the habit.

I’m talking about eating poop, of course, whether their own or another dog’s.

And because of it’s nature, it’s a behavioral problem that nobody ignores. After all, it’s hard to stomach being social with a dog who you’ve just seen eating feces and now tries to lick you!

Coprophagia, the technical term for this behavior, is more common in puppies, but any dog of any age can pick up the habit. And sadly, it’s not one of the most well-understood dog behavior issues. However, there have been plenty of successful techniques developed over the years to put a stop to it.

So if you’re dog is eating poop, read on to learn some of the reasons why, along with some of the best ways of stopping it. 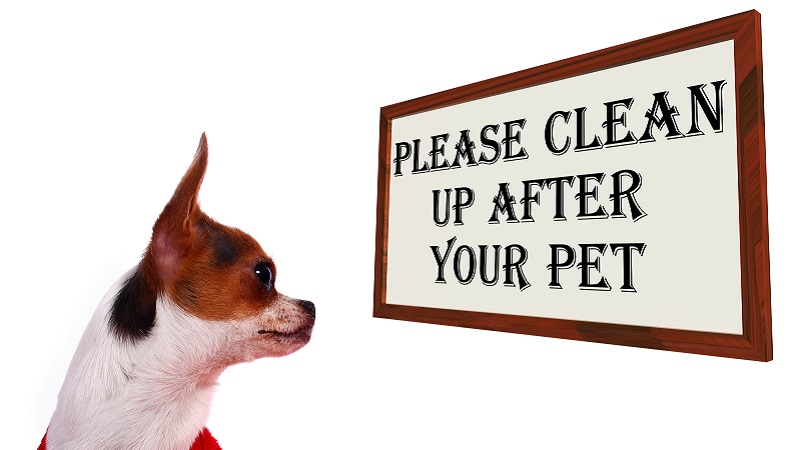 Why do dogs eat poop?

Why does your dog do such a disgusting thing?

Well, as mentioned above, coprophagia is not the best understood dog behavior but while it’s true we know more about how to stop dogs eating poop than why they do it, there are thought to be two basic causes:

In either case, a trip to the vet is probably in order. Your dog might already have a medical problem that leads to eating poop, and if that’s the case it needs solving. And if they don’t have a medical problem, well it’s likely they will develop one soon enough if you let them carry on with their habit.

At the very least, you should make sure your dog’s vaccinations and anti-worm treatments are up-to-date, because coprophagia is one of the fastest and surest ways of getting worms and other diseases that thrive in feces.

Below are some the major reasons why dogs eat poop:

How to stop dogs eating poop

So now we know some of the main reasons as to why they do it, let’s take a look at some of the ways you can prevent this unwanted behavior …

Firstly, it’s important that you don’t punish your dog for doing this. As we’ve just discussed above, eating dog poop is usually either a matter of being confused or anxious about their food source, doing a job for their pack, or a symptom of some physical or mental health problem. So it makes no sense to punish any of the most likely causes. Indeed, doing so will only confuse your dog.

Now, on to the most effective ways to put a stop to your dog’s eating of feces:

Hopefully this article has answered the question of why your dog eats poop. And if your dog is doing so, you’ll want to choose one or more of the above methods in order to fix the problem as soon as possible.

Just remember to be consistent, and also remember not to overdo it. Too much training, too many kinds of training at the same time, and allowing yourself to give off too much sign of stress during training will all reduce the effectiveness of any kind of dog training.

It’s important that you start working on fixing the problem as soon as you discover it. This is because everything that dogs do eventually becomes a habit if you don’t stop it.

Last but not least, take solace from the fact that most dogs will eventually lose the habit all on their own without training. Having said that, there’s obviously no harm in helping the process along!